When Toby and I took our late walk last night, there were 2 great horned owls “chatting” back and forth (check out the audio here – it sure got Amber’s attention). The Missouri Conservation Commission’s Natural Events calendar says that they start nesting in early February. My bird guide says they’ll take prey as large as domestic cats and red-tailed hawks, whose nests they sometimes use – wow!

I just looked back through some photos from this time last year, and the construction progress is pretty impressive. While we’re still quite a ways from being done, a lot has happened. The exterior is mostly done, the drywall is up except for a few more spots that were waiting for either plumbing or wiring to be completed, and the taping and mudding are coming along nicely. Maybe soon … 🙂 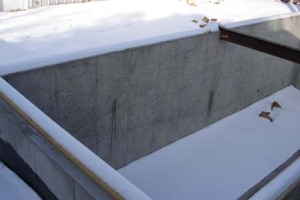 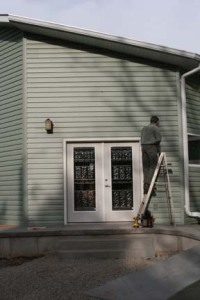